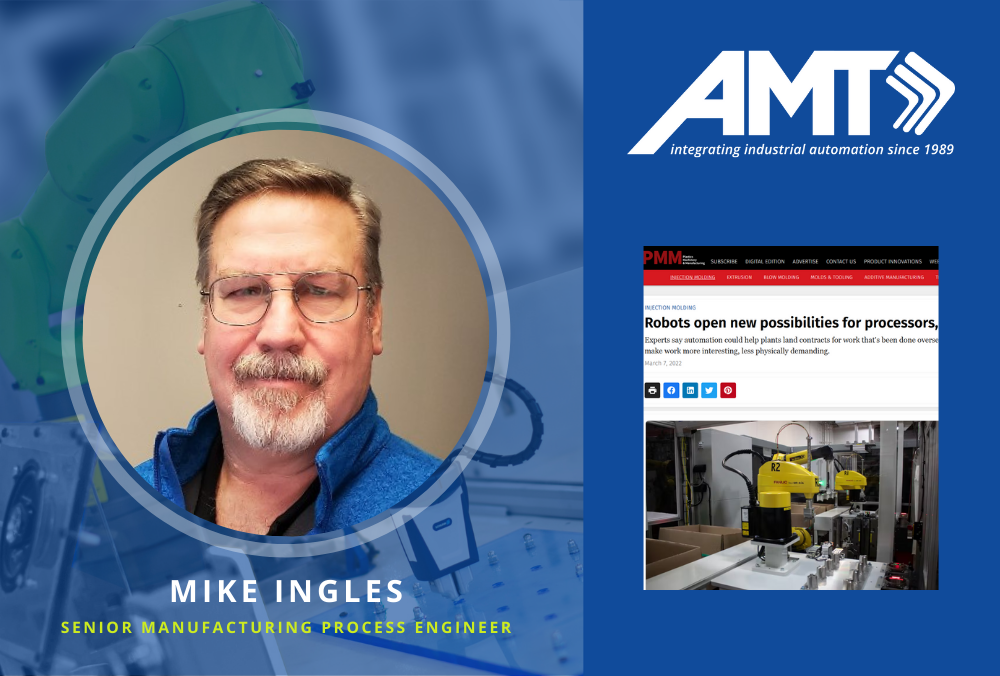 While some system integrators share horror stories of robots being sabotaged by factory workers concerned about losing their jobs, AMT’s Senior Manufacturing Process Engineer Mike Ingles recounts very different experiences in customers’ facilities. On a recent project with a brake rotor manufacturer, Ingles trained 15 workers on the use of a new robotic cell and noted that about one third of them became proficient quickly, showing a talent for working with automation. Recognizing their potential, these workers received extra training and have been given expanded responsibilities in the plant – and pay that is 2.5 times higher than in their previous positions.

“Those five or six guys that we designated as the guys that had the ability to expand their abilities or brains, those guys are leading whole plants now, and they have a whole team of people working [under them],” said Ingles.

Ingles went on to say that robotics and automation has brought greater efficiency to U.S. manufacturing, which will naturally lead to reshoring as companies try to have more control over their supply chains.  “If you can produce more with the same labor force, then, if you distribute the labor force over the cost of the product, it’s easier for you to be competitive with Mexico, with Asia, with China.”

In his more than 35 years in the robotics industry, Ingles has worked with all the major brands. AMT is a FANUC Authorized System Integrator, yet Ingles says he is not tied to a particular robot or solution; his recommendations reflect what is best for the end user. He said that the technology is so sophisticated that, “even the horrible robots are still wonderful. It’s what you put on the robot and the secondary processes, the welding, the material handling, the dispensing, those type of things are what really make or break the system, not the robot itself.”