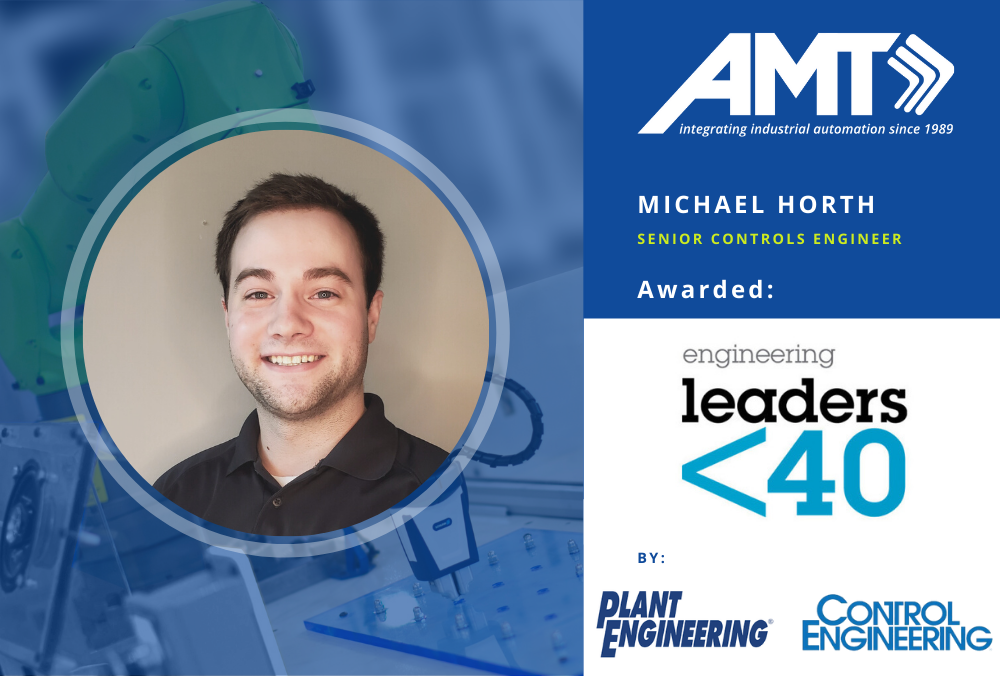 Michael Horth may not have always envisioned himself as one day becoming a programmer, but that has not stopped him from becoming an integral part of AMT’s systems integration group. He has a great passion for what he does and is always willing to go above and beyond to help his coworkers and mentor new employees.

Michael received his bachelor’s degree in mechanical engineering from Ohio Northern University. While Michael had originally intended to work in the mechanical design department at AMT, he found that he clicked with the robot programming manager during the interview process. This helped him find his love of programming, first in robotics and then later in simulation and PLCs. He has even made a hobby out of programming his own video games.

Michael has not only shown his leadership skills through helping others, but by assisting in the growth of AMT as well. Michael has developed standardized code packages and AOIs for PLCs, HMIs, drives and robots that are used across the company, which was one of the reasons why, in 2018, he received the Applied Manufacturing Technologies RISE Core Values Award. The award is given to two employees annually for exemplifying the company’s core values of Respect, Integrity, Support and Excellence. Employees are nominated by their co-workers and are selected by the management team. Michael received the award based on his dedication to mentoring fellow employees. “He goes above and beyond when it comes to sacrificing his time and ability with helping out those who need him,” said one of his mentees.

Plant Engineering recently announced the 2019 Engineering Leaders Under 40, and we are very pleased...
Read More