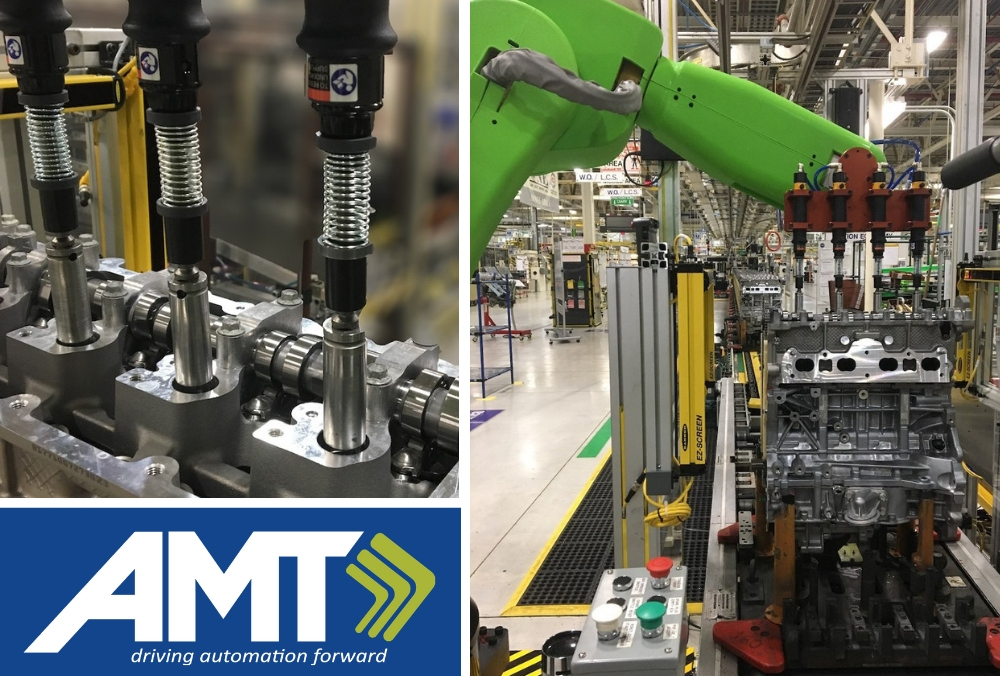 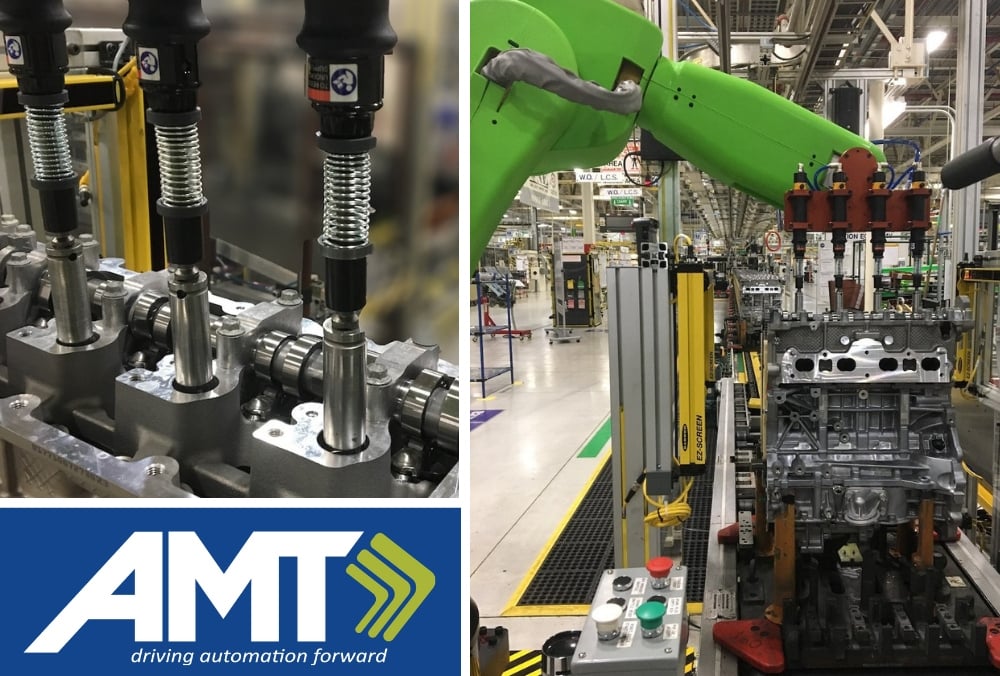 “We have a lot of people coming to us saying they want a collaborative robot. But as we talk through their applications, what they are really after is a fenceless robot,” said Rick VandenBoom, vice president–systems at Applied Manufacturing Technologies (AMT).

In the article, VandenBoom discussed a recent project at an automotive powertrain manufacturing facility. AMT engineers designed and installed a system with the first collaborative robot ever deployed at this plant. The foam-clad FANUC robot has a 35 kg payload and custom-designed end-of-arm tooling (EOAT) to install four spark plugs at a time.

The human operator works in close proximity with the fenceless robot, loading the spark plugs into the EOAT. When complete, the operator pushes a button and the robot finds the correct position on the engine block and installs the spark plugs into the cylinder heads. The robot has now been in use for over two years, and replaced an ergonomically-challenging task once performed by an operator. Former quality issues at this station have now been resolved.

“With the collaborative robot, it was a much simpler implementation than using a traditional robot and adding light screens or area scanners,” VandenBoom said. “The motion is fairly limited, and it allows very good interaction with the operator.”