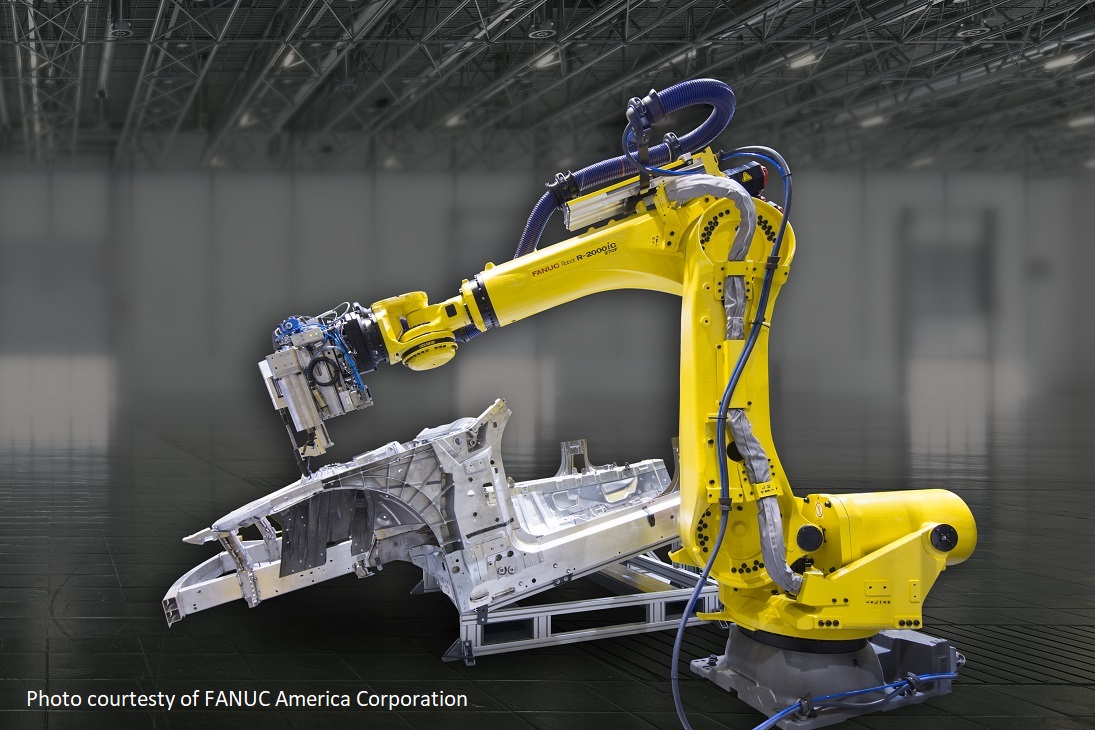 Reducing the Variables: Getting Accurate Motion from Inaccurate Robots

Blog post by Senior Application Engineer David McMillan. David has been in the robotics industry for more than 20 years, and is one of AMT’s go-to people for new or unusual technologies. For more information on AMT’s expertise in robotic applications, visit this link.

Indulge me, if you will, in a quick “Old Fart” story. When I got my first aerospace industry assignment, I was a highly experienced robotic application engineer with extensive experience in automotive industry production. I could honestly claim that I knew what I was doing.

I had no idea what I didn’t know. (The “unknown unknowns,” to steal a phrase.)

In automotive, repeatability is everything. The industry has evolved its production practices over decades to play to the strengths of the robots they use, and avoid the weaknesses. But aerospace runs on accuracy and has no such historical relationship with robotics.

Robots are very good at doing the same thing the same way, every time, basically forever. Even if they’re doing it wrong, they’ll do it wrong the same way every time. This means that, historically, robot programming has consisted of tweaking programmed positions over multiple test runs until the robot arrives at the correct point in space. The position the robot thinks it’s at may not agree with the blueprints, but as long as the weld is in the right spot, who cares?

More recently, there has been a strong push to generate robot programs “offline,” meaning to use a simulation to create your programs, download them to the robots, and just hit GO. There are no messy, prolonged try-fail cycles in the production facility.This push is strongest from non-traditional customers who are new to using industrial robots in their production, with aerospace being a particularly strong example. It was in my first foray into aerospace, using robots made for automotive use cases, where the critical major differences between accuracy and repeatability in industrial robots first became a real issue for me (as opposed to a theoretical issue). And the waters were much, much deeper than I ever imagined.

I’ve tried to pass along some general lessons learned (the hard way) over the course of several robotic projects that required accuracy approaching, or in some cases beating, the robot’s inherent repeatability.

If you have questions about a specific application, please contact us.

MMC: Making Robots More Accurate than They're Supposed to Be

eBook by Senior Application Engineer David McMillan. David has been in the robotics industry for...
Read More

² Blog post by David McMillan, Senior Application Engineer at AMT. David has been in the robotics...
Read More